Get Our Digital CFO Service FREE

Over the last decade or so, a new entrepreneurial industry has arisen: creators. They are people doing it for themselves (as every entrepreneur in history has been), but they’ve changed the game entirely. They infiltrate every other type of business and make more money from clicks than anyone could have ever imagined, hence the need for accountants for influencers.

Log on to any social media platform and you’ll likely see an influencer seemingly living the high life. Expensive cars, large houses, luxury holidays; you name it, creators have got it, but how exactly do they manage to turn what was once a hobby into a money-making machine?

Keep reading as we explore the finances behind the creator economy, how they do it, and whether or not it’s a sustainable economy to be a part of.

Are accountants for influencers really necessary?

The world of tax and income is a complex one, which is why so many self-employed people hire accountants or use accounting services to keep track of their finances and stay on top of their bookkeeping. This is what you’d expect from small business owners, construction workers, freelance graphic designers etc. This isn’t something you’d necessarily expect influencers to need; at least not initially.

It’s estimated that between the 50 million or so influencers making online content, up to $104 billion could be generated between them as part of this growing business landscape in 2022. With so much money being generated from a relatively small group of solo entrepreneurs, accountants for influencers are not only essential, but they’re in high demand.

There are no signs of the influencer culture slowing down any time soon, and if anything, the Covid-19 pandemic has only fuelled further growth in this industry, meaning we’re likely to see even more people transforming clicks into cash, but just how do they do it?

If you go back just 15 years, the idea that someone could make an entire living (and a comfortable one at that) from online content creation alone seemed unfathomable. Blogging and YouTube videos were just hobbies, and social media was more like a personal diary than a work platform, so how is it that people are now able to sustain their lives on such platforms?

According to research from the Influencer Marketing Hub, in 2021 the leading way digital entrepreneurs made their money was from brand deals, with some 77% of surveyed creators citing this as their main source of income. Brand deals are consumers see most often and include sponsored posts, ads, reviews, and shoutouts. From YouTube creators to bloggers and social media influencers, the backbone of the creator industry is other businesses.

Influencers have a large online following and a sizeable impact on people who trust them and their opinions. Many influencers state that they only work with brands they personally like, giving their audience reassurance that the products they promote are worth the hype. This means businesses that work with influencers stand to make a lot of money from promotion. A prime example of this is within the beauty and cosmetic industry. If several influencers get sent PR packages from a brand and each gets paid to talk about the products, the potential brand reach can be in the thousands, and in some cases, millions.

This is why some of the top influencers routinely ask for six figures per post, ensuring they make more for just one post than most people make in a year. When multiple deals are contracted, that’s a lot of money that needs to be accounted for and properly managed, hence the growing demand for accounting for digital creators.

The next way influencers make money is from revenue generated by ads which, depending on the platform, can make up a lucrative share of overall earnings. YouTube is touted as the foundation of the creator economy, arguably propelling more people into virtual fame and providing a reliable income for more influencers than any other platform.

In 2007 it launched its Partner Program which now has more than two million creators within it. The Partner Program allows creators to monetise their content through ads, and it allows users to take home a sizeable share of the ad earnings – 55% to be precise. More than $7 billion was generated in revenue from YouTube ads in the second quarter of 2021 alone, with more than $30 billion being generated so far since the program’s creation.

The amount of money influencers on YouTube make from ads varies depending on the following and the number of views, but it can be an income stream all on its own. A good example is Nate O’Brien, a content creator who earned over $440,000 in one year from YouTube ads alone. He has over 1.1 million subscribers, meaning a smaller channel with fewer followers and views will earn less, but this is a good example of how lucrative the creator economy can be for those who succeed.

Alongside ads and brand deals, digital entrepreneurs can also make money through affiliate links, tips, direct subscriptions, and by starting their own brand/business separate from their content creation.

Looking to increase your subscriptions and bolster your online marketing diversity?

Creators need to diversify to succeed, and like any other economy, marketing is a core part of their growth. Explore our School of Startups to learn more about skyrocketing subscriptions.

The rise of the creator economy

The creator economy refers to people who have a large following online through creating content in any capacity. This could be on YouTube, TikTok, Instagram, Twitch, or any other platform. This can largely be attributed to the rise in social media and digital platforms as a whole, but what started as a hobby for most has now turned into a desirable career for millions.

In fact, more children now say they want to be YouTubers than astronauts when they grow up, owing to the seemingly lucrative and ‘fun’ lifestyle successful creators portray. Despite this, the creator economy is in itself very unstable. It’s easy for influencers to say or do the wrong thing and find themselves losing their brand deals and being de-monetised, meaning they have to diversify. This can lead to the downfall of entire platforms.

Vine is a prime example of this. Many of the leading content creators got their start on Vine, but the money-making potential was limited, seeing many creators leave the platform and go to others that offered better-paying opportunities.

Away from individual platforms, if a content creator finds themself in hot water or involved in controversy, other people could be indirectly affected, especially in the case of multi-SKU creators. 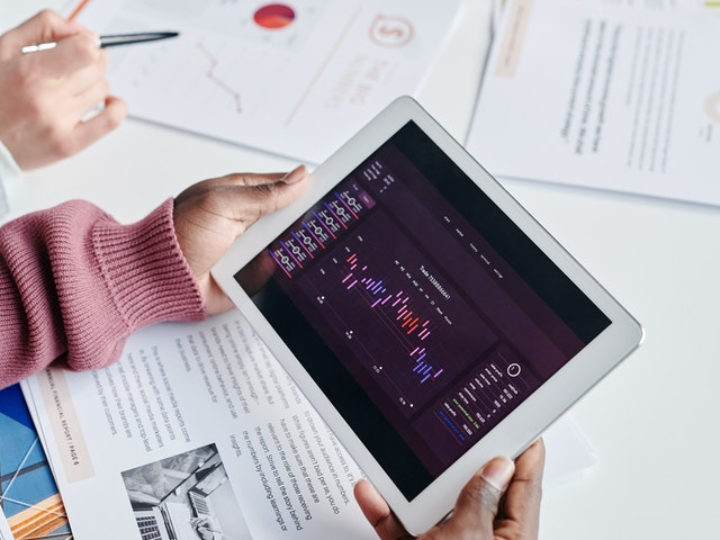 Multi-SKU creators are becoming increasingly more common and are part of the intricate creator economy network. They are influencers who’ve branched out and started another income stream based on their original following on different platforms. There are many ways this can happen, including in the way of creating merchandise, doing tours, or investing money into property.

Multi-SKU creators not only create a secondary source of income for themselves (which is a smart business move), but they also create employment and contribute to the wider economy as a result. For example, those who create merchandise will need employees to help them in the creation and packing process. They’ll also need couriers and third-party services to fulfil their orders. This helps digital entrepreneurs venture into traditional entrepreneurial capital, but it also strengthens the general economy, cementing the creator economy as an increasingly important aspect of modern life.

Is the creator economy robust?

The current creator economy is worth billions of dollars globally, and so far, this number is only growing, but many have questions over whether this is a sustainable and long-term business network. In short, no one really knows, but we’re now living in the age of the mobile, and more people are using their phones and apps than ever before.

As long as people continue to spend time on social media platforms and indulge in entertainment produced by these creators, the economy will remain viable. Thousands of people start blogs, make profiles on platforms, and start the journey to becoming full-time creators every day, meaning, for now, it’s a stable economy that has a wider role to play in society as a whole.

Creators need accounting as a bottom line. Their income often rivals and even surpasses that of small businesses in the traditional sense, meaning tax needs to be accounted for, and in some cases, investment deals need to be analysed.

At Accountancy Cloud, our team of talented finance experts have plenty of experience in helping content creators manage their finances and diversify their brand so that it becomes a long-standing, reliable revenue stream. If you’re looking to grow your platform and diversify your entrepreneurship, we can help.

Get in touch with us today to find out more.

5 Things Founders Should Look for in Investors

10 Things you Didn't Know About EIS and SEIS Tax Relief